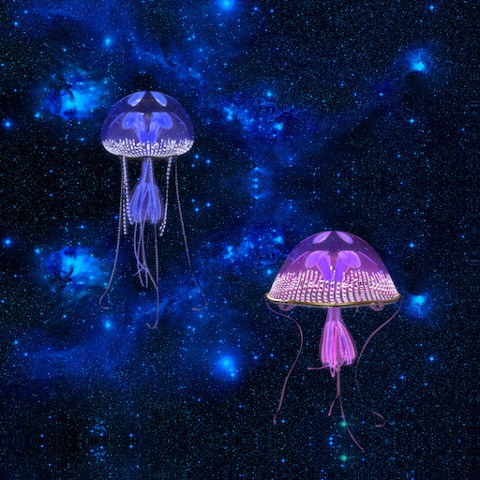 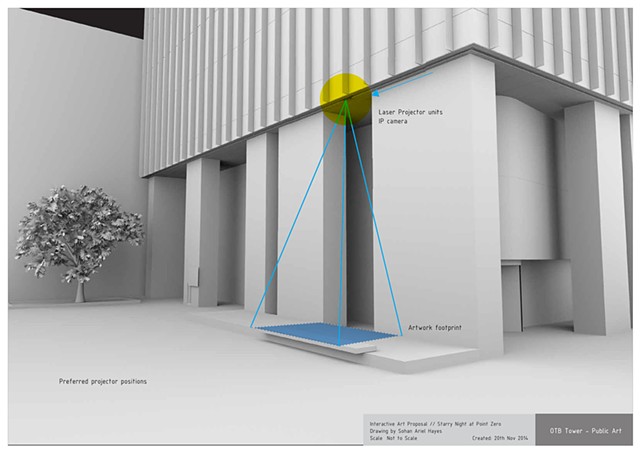 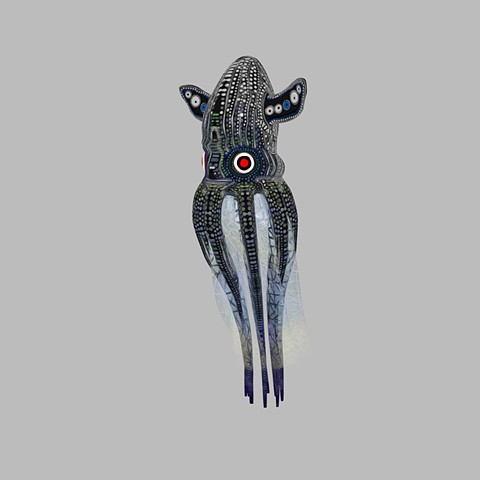 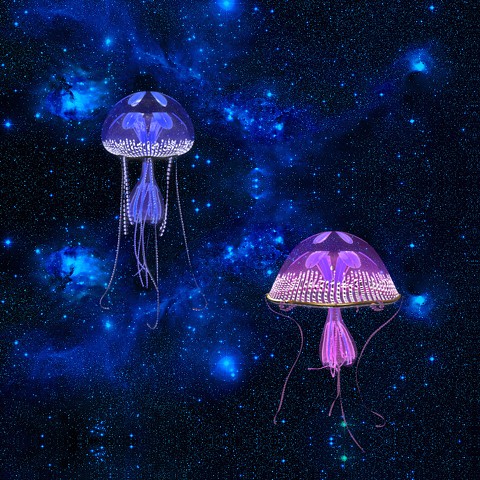 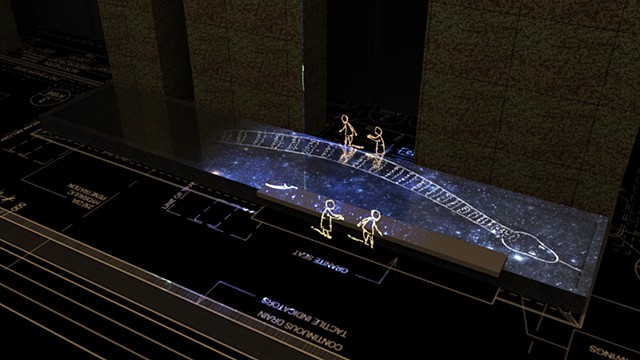 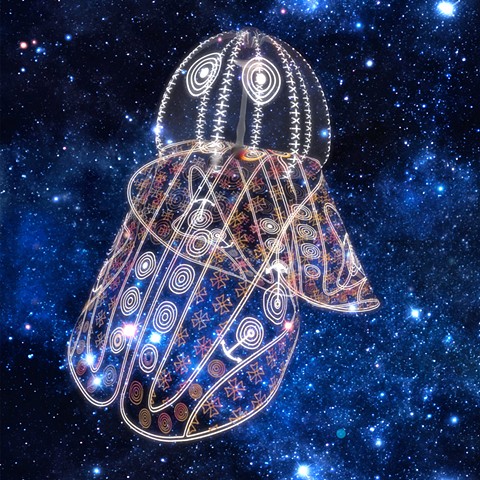 a starry night at point zero playfully transforms the foundation place reflection pool in into a magical mirror filled with glittering constellations and animated life forms. Gazing into the pool participants will discover that the movement of their own bodies triggers the creation of life through projected light.

a starry night at point zero augments the infinity pool with layers of digital light for the purpose of stimulating reflection on the origins of life and beyond. The artwork takes participants on a journey across time and space, from the glowing depths of the sea to the constellations of the southern skies, bioluminescent deep sea creatures intermingle with heavenly bodies. From the depths of space between the stars the Nyungar Waugal appears, his movements forming the Derbal Yaragan and the emu can be discerned, stretched out across a background of many thousands of constellations.

a starry night at point zero returns the night sky to the central city.

The reflection pool is populated by life forms referenced in European and Aboriginal creation stories and reimagined through contemporary animated drawings. An underlying aim of the work to create safe spaces that promote the understanding and sharing of cultures.

The work is influenced by the ilgarijiri project - things belonging to the sky, whose intent was to provide the opportunity for Aboriginal Artists to work with scientists using the world’s leading astronomy equipment, bringing together the world’s oldest continuing cultural understanding of the sky, its stories and the world’s state-of-the-art astronomical technology.