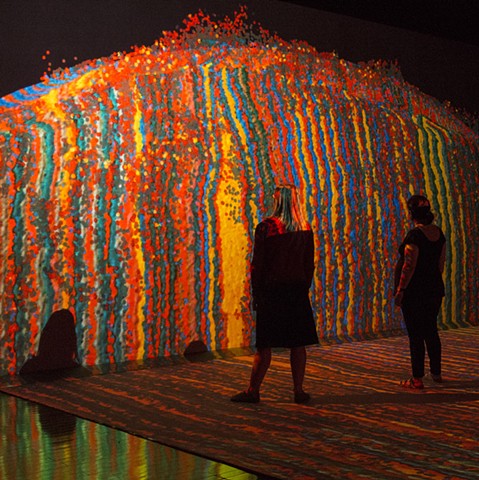 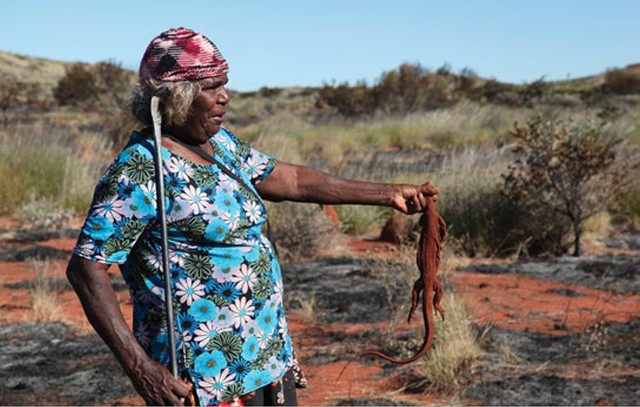 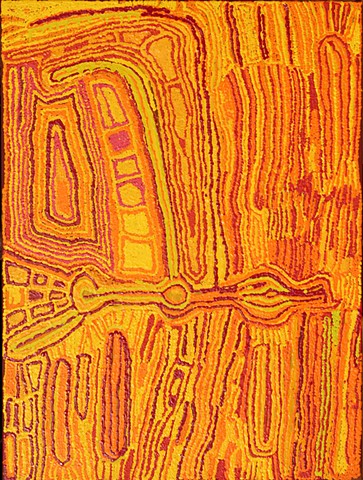 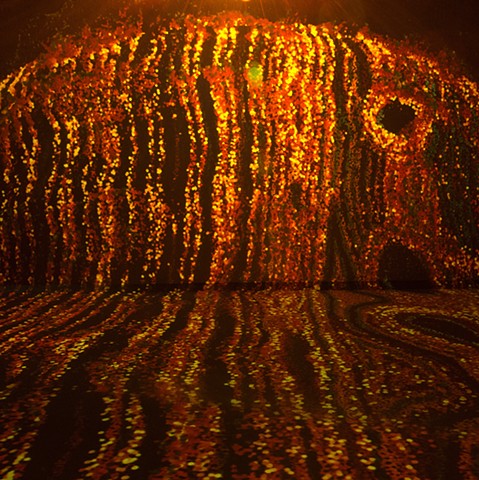 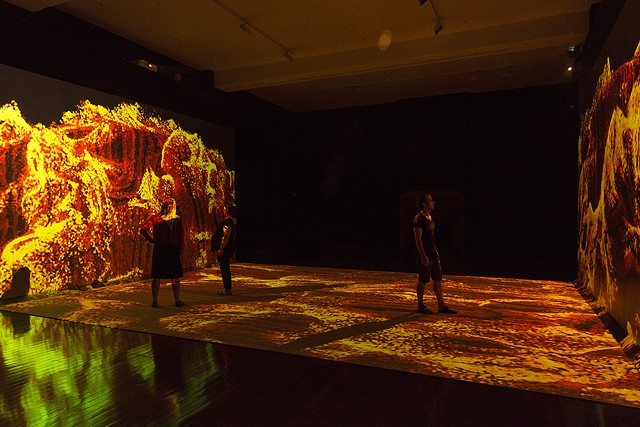 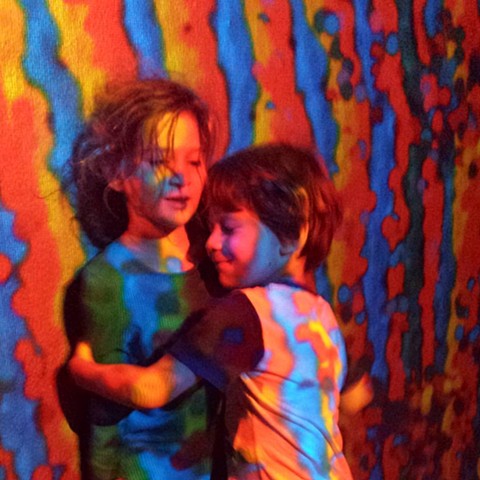 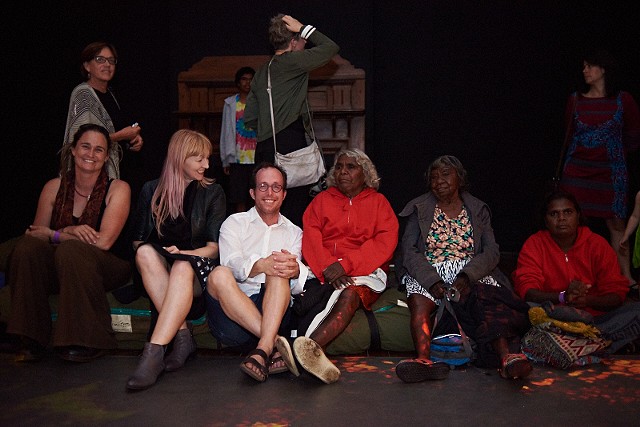 Drawn from the blazing landscapes that Martu artist Ngamaru Bidu paints, Walyja Ngurra bathes viewers in intense chromatic light. This new work is a collaboration between Perth-based media artist Sohan Ariel Hayes, and Ngamaru Bidu, a painter, ranger, and senior member of her remote community, Parnngurr, in the Western Desert. During the development of this work Sohan travelled to visit Bidu, where she explained the use of waru (fire) by the Martu and the patchwork patterns the burning creates across different country; the tali (sand dunes), linyji (clay pans) and parulyukurru (spinifex country). Fire is a central theme in Bidu’s paintings and for the Martu it is both a tool for hunting and a way of keeping country healthy by promoting biodiversity. Bidu paints fire on a macro scale and from an aerial perspective, from which the burning forms patterns made up of thousands of vibrating points and pulsing lines and circles. This visual translation of waru is interwoven with information about plant species, the multiple stages of regeneration, Bidu’s narrative of walking through this country with her family, and their deep ancestral connection to these places. When Hayes began talking with Bidu about animating her paintings he realised that the Martu artists already see their paintings as animate; charged with the country they paint. Hayes combined high resolution images of Bidu’s fire paintings, the information she shared with him, and his own skills in digital animation to create a landscape in flux, energised and moving like the surface of the sun. The landscape of light created by Walyja Ngurra radiates with elemental power and unseen forces – it is ancient, ever evolving and filled with knowledge.